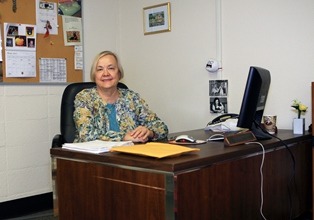 Some veterinarians have challenged the validity of using vaccine titer testing to assess the immunologic status of animals against the common, clinically important infectious diseases.

With all due respect, this represents a misunderstanding of what has been called the “fallacy of titer testing”, because research has shown that once an animal’s titer stabilizes it is likely to remain constant for many years. Properly immunized animals have sterilizing immunity that not only prevents clinical disease but also prevents infection, and only the presence of antibody can prevent infection. As stated by eminent expert Dr. Ronald Schultz in discussing the value of vaccine titer testing, these tests “show that an animal with a positive test has sterilizing immunity and should be protected from infection. If that animal were vaccinated it would not respond with a significant increase in antibody titer, but may develop a hypersensitivity to vaccine components (e.g. fetal bovine serum). Furthermore, the animal doesn’t need to be revaccinated and should not be revaccinated since the vaccine could cause an adverse reaction (hypersensitivity disorder). You should avoid vaccinating animals that are already protected. It is often said that the antibody level detected is “only a snapshot in time”. That’s simply not true; it is more a “motion picture that plays for years”.

Furthermore, protection as indicated by a positive titer result is not likely to suddenly drop-off unless an animal develops a medical problem such as cancer or receives high or prolonged doses of immunosuppressive drugs. Viral vaccines prompt an immune response that lasts much longer than that elicited by classic antigen. Lack of distinction between the two kinds of responses may be why practitioners think titers can suddenly disappear.

But, not all vaccines produce sterilizing immunity. Those that do include: distemper virus, adenovirus, and parvovirus in the dog, and panleukopenia virus in the cat. Examples of vaccines that produced non-sterile immunity would be leptospirosis, bordetella, rabies virus, herpesvirus and calicivirus — the latter two being upper respiratory viruses of cats. While non-sterile immunity may not protect the animal from infection, it should keep the infection from progressing to severe clinical disease.

Therefore, interpreting titers correctly depends upon the disease in question. Some titers must reach a certain level to indicate immunity, but with other agents like those that produce sterile immunity, the presence of any measurable antibody shows protection. The positive titer test result is fairly straightforward, but a negative titer test result is more difficult to interpret, because a negative titer is not the same thing as a zero titer and it doesn’t necessarily mean that animal is unprotected. A negative result usually means the titer has failed to reach the threshold of providing sterile immunity. This is an important distinction, because for the clinically important distemper and parvovirus diseases of dogs, and panleukopenia of cats, a negative or zero antibody titer indicates that the animal is not protected against canine parvovirus and may not be protected against canine distemper virus or feline panleukopenia virus.

Finally, what does more than a decade of experience with vaccine titer testing reveal? Published studies in refereed journals show that 90-98% of dogs and cats that have been properly vaccinated develop good measurable antibody titers to the infectious agent measured. So, in contrast to the concerns of some practitioners, using vaccine titer testing as a means to assess vaccine-induced protection  will likely result in the animal avoiding needless and unwise booster vaccinations.